The Beginning of the End of Manitoba Hydro? 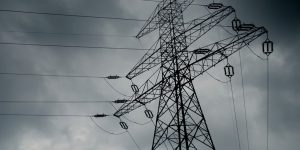 An October 18th provincial news release advises that former BC Premier Gordon Campbell will be heading an economic review into the Keeyask Generation Project and Bipole III Transmission and Converter Stations Project.

Tax payers may well ask why we need to spend $2.5 million to study an issue that has been studied to death. Even the media release acknowledges that Campbell will be building “on work previously conducted by the Public Utilities Board and Manitoba Hydro.” We can also add here the expensive and extensive report prepared by the Boston Consulting Group.

There may well be method to their madness: BC’s former premier orchestrated BC Hydro’s foray into the world of privatization.

A 2003 report by economist Marjorie Cohen explains that in the early 2000s – when Campbell was premier, the BC government devised a new energy policy that de-coupled the four major components of BC Hydro: administration and customer service, distribution, generation and transmission, with the intent to privatize some of them.

Accenture, a publicly traded global management-consulting firm currently based in Dublin, took over B.C. Hydro’s major service activities, including customer services, information technology, financial services, human resources, and procurements — fully one-third of the company’s workforce. Cohen’s 2003 report was critical of the fact there was no public oversight of the company, and that it was “impossible to see how Accenture’s promise to save B.C. Hydro $250 million over 10 years will be assessed adequately in the future.”
The B.C. government ended its relationship with Accenture in April, returning the outsourced work to the Crown corporation. A B.C. Hydro spokesperson said last year that Accenture had “saved the utility $250 million while providing world class call centre service,” but an official from MoveUP, a union representing employees of both B.C. Hydro and Accenture, disputed that claim and said the projected savings had never materialized.
If this scenario sounds familiar, it’s because something similar happened to Manitoba Telephone System (MTS) in 1996. The Conservative government of Gary Filmon, despite promises that it would not privatize MTS, began the process in 1994 when it sold off its coaxial cable system, even though an Ernst and Young report found that owning the system gave MTS a strategic advantage and that selling it would be detrimental to MTS’s future.

Then Filmon’s government made a deal for $47 million with an American company to run MTS’s telemarketing services. It then carved MTS into four separate divisions, all the while claiming that the restructuring had nothing to do with privatization. Next it commissioned three separate reports (sound familiar?) from brokerage firms who would eventually profit handsomely from privatization. On May 2, 1996, Filmon’s government announced it would privatize MTS, despite the groundswell of public protest.

MTS’s privatization is history, but it shouldn’t be forgotten. Its sale made certain people – including Gary Filmon, a lot of money at the same time as rates increased 14% above the rate of inflation, full-time jobs were converted to part-time and some jobs left the province. Even before MTS was taken over by Bell, it provided worse service than SaskTel – still a crown, while paying its CEO ten times more than SaskTel pays its CEO.

Even though the hydro-electricity sector is different from the telecommunication sector, both examples we’re looking at are crown corporations, and there is a template for privatizing crowns that follows this pattern:

It’s important to note that BC Hydro is still a crown corporation, but the role of private interests is such that it is a crown in name only. Could the same thing happen in Manitoba?

It is too soon to speculate what sort of recommendations Mr. Campbell will come up with, but, according to Simon Fraser University Professor John Calvert, under Campbell’s leadership BC Hydro opened up its crown land and water rights to private interests, resulting in a “massive give away of public assets”. Should Mr. Campbell be able to exploit the bad press Manitoba Hydro has received since the Conservatives took power, any number of privatization schemes could unfold. Manitobans need to be very careful not to throw the baby out with the bath water.

Yes, there are concerns with the cost of Keeyask and Bipole III, but despite what the Manitoba government claims, it is not definitively settled that the capital investment will not pay off over the long-term. Yes, there is also debate around any attempt to increase hydro rates, currently the lowest in Canada. Regardless of one’s position, at least any rate increases in Manitoba will stay in the public purse rather than being siphoned off for private profit.

Privatization and large rate increases go hand in hand. Calvert notes that BC Hydro’s rates at one point increased substantially more the going market rate, and have remained high. In Ontario, the partial selloff of Hydro One to private interests has resulted in hydro rates doubling. It is also important to remember that Ontario’s PC leader, Mike Harris, set the selloff up when he divided the utility into three separate divisions, a strategy Campbell followed in BC. One wonders if the creation of the new Manitoba crown corporation, Efficiency Manitoba, to handle demand-side management, is a move in this direction.

In 1977, Manitoba’s Conservative Premier, Sterling Lyon, in an attempt many say was to stoke political controversy, commissioned the Tritschler Report to investigate “the scope, direction, timing and scheduling of northern power projects, and the question of costs involved.” This squabble is now forgotten, and although the utility has much to answer for in its treatment of First Nation communities, no one can deny that the high standard of living that most Manitoba settlers enjoy today is in large part because of the substantial capital investments that have been made by Manitoba Hydro over the decades.

The political head butting over Hydro is nothing new, but the stakes are much higher today. Privatization was not on the table in 1977 the way it is now. Mr. Campbell brings a particular expertise and ideology to his investigation into Manitoba Hydro: that should worry all Manitobans.