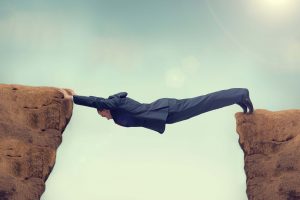 The issuance of mandate letters to provincial crown corporations has put management and staff on notice, warning that “the old way of doing things” is over.

The preamble for all the letters is the same, with claims that this government is committed to “prudent fiscal management, creating jobs, improving health care and education” etc. etc. Each letter then spells out the specific changes the government expects each crown to make.

It’s a curious tone to take with agencies that have a proven record of revenue generation and excellent service. Manitoba Liquor and Lotteries Corporation (MLCC) alone contributed $610 million to the public purse in 2017/18 – money that was invested in healthcare, education, infrastructure, housing and other social services. Crown corporations are good employers, providing decent work for thousands of Manitobans whose spending greatly benefits local businesses. Nonetheless, Manitoba Public Insurance, Manitoba Hydro and MLLC must “examine overall staffing efficiencies” and are urged to follow the government’s lead in reducing their management headcount by 8 per cent. So, these letters amount to termination notices for a number of Manitoba workers. It’s an odd way to create jobs and grow the economy.

Of further concern is the letter to MLLC. It clearly directs the corporation to increase privatization in its liquor retail and distribution sectors. The Conservative government’s demand to develop and implement operational efficiencies so as to increase the dividend paid to the province, and increase privatization presents a real quandary for MLLC and does not bode well for Manitobans.

A 2016 report, Balancing Convenience with Social Responsibility: Liquor Regulation in Manitoba by public finance economist Greg Flanagan explains why it is important for government to control alcohol sales. No ordinary commodity, alcohol presents society with a variety of serious and costly problems ranging from addiction, loss of life, major health problems (which a public healthcare system then must deal with), crimes of violence – including homicide, property damage and fetal alcohol spectrum disorder. It is possible to estimate indirect social costs from loss of productivity, unemployment, decreased output, reduced earnings and lost working years. Flanagan walks us through many of these issues in his report, concluding that a public monopoly offers the best way to control the worst aspects of alcohol consumption while keeping service and prices at optimal levels.

Flanagan compared Manitoba’s mixed public/private system to other Western provinces. He first explains that an ideal system controls access, encourages socially responsible consumption and provides the government with sufficient revenues to ameliorate the negative effects of drinking, such as addiction, all while providing a suitable selection of product, with excellent service. On all these counts, Manitoba, with the 2nd least amount of privatization, came out ahead.

Flanagan compares net income obtained from selling alcohol in each province. Net income as a percentage of revenue was lowest in Alberta – which has a fully privatized system, followed by BC with its private/public model. Both Manitoba and Saskatchewan did much better, with Manitoba and Saskatchewan having the highest revenue and net government income per capita. At the time of the report, Saskatchewan had the least privatized retail component and highest net per capita income from sales.

Not only was Manitoba’s net government income/capita high, Flanagan found that of the Western provinces, it did the best job in mitigating the harm caused by alcohol consumption. It had the lowest deficit in sales revenue less the social costs of alcohol use. It achieved this result by raising the price of alcohol enough to reduce consumption, while maintaining healthy levels of government revenue.
Alberta’s fully privatized system accomplished the opposite: it had higher levels of consumption, low net income from sales and the highest deficit between public revenue and the social costs of alcohol use, at $48.97 compared to Manitoba’s $12.86. Prices rose in Alberta after privatization and remained higher than publicly owned systems, at the same time as the percentage of revenue going to government fell, leaving the province with less money to deal with the social costs of alcohol consumption. The whole privatization exercise resulted in a deadweight welfare loss, because “what government lost was not gained by consumers: it was dissipated in the inefficiencies inherent in the type of competition developing from privatization.”

If these findings leave you confused about why the Conservatives would want more privatization, you’re not alone. One can only hope that the Chair of MLLC, Mr. Randy Williams, can incorporate Flanagan’s conclusions in the report he has to deliver to the Minister by July 31st. He is to review “mark-up policies on liquor products to ensure current practices support economic development in Manitoba.”
Maybe the question to ask here is what Minister Mayer means by economic development. If she means creating decent jobs, keeping healthcare costs down and reducing the social costs of alcohol consumption – all while maintaining revenues to support public services like education, infrastructure spending and healthcare, then we wish Mr. Williams much luck: he’s going to need it.