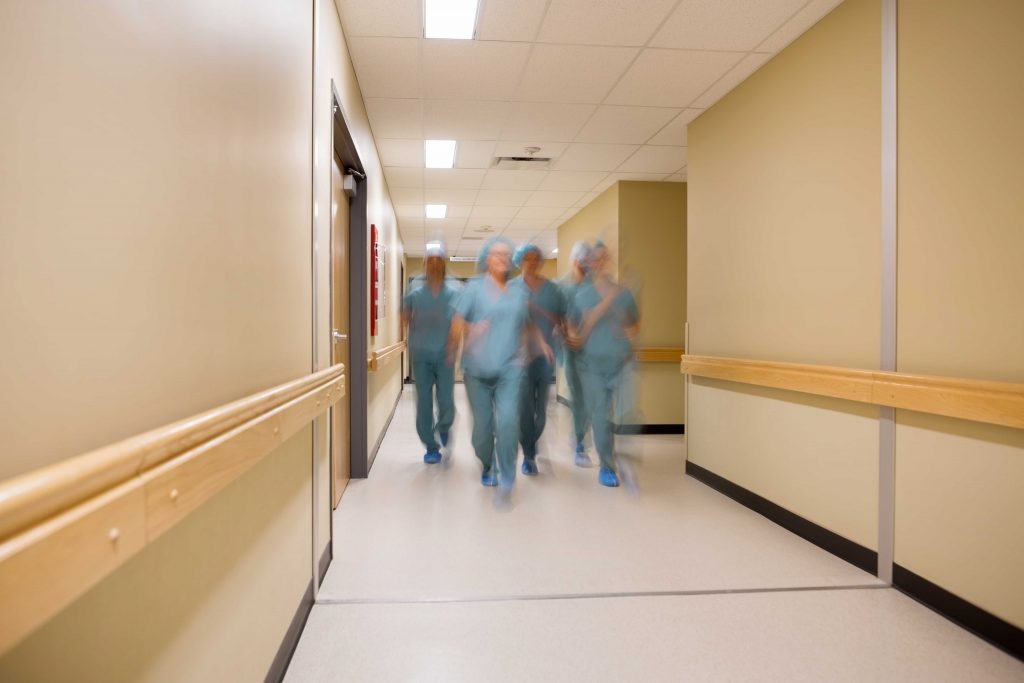 The overhaul of Manitoba’s health care system has been met with repeated calls to slow down from those on the front lines of care. The consistent and persistent stories from patients and front line workers alike detailing chaos and upheaval within the health care system are numerous.

However, the province is going full steam ahead with their overhaul and is paying little attention to the concerns of workers and Manitobans alike. The overhaul and newly introduced legislation will continue to erode and worsen health services we all rely on.

Recently, the head of the Winnipeg Regional Health Authority, Réal Cloutier, emailed a letter to 28,000 staff in an attempt to alleviate concerns and the increasingly low morale plaguing the staff of health facilities. He recognized the decreased morale and general depressed state of health care workers but told them to hang on and that they were experiencing a common feeling dubbed in change management as the, ‘Valley of Despair’.

The ‘Valley of Despair’ refers to the low point people go through when experiencing major workplace changes. They often feel depressed and a loss of control. Réal Cloutier was attempting to alleviate fears and boost morale by assuring them that they would eventually pass through the valley – that hope was on the other side.

On the surface, the letter at least finally acknowledges how staff is feeling, but it does nothing to address the real concerns expressed by a number of health care workers across the province. From overworked neonatal nurses at St.Boniface Hospital, to increases in mandatory overtime, to low levels of staffing, the sudden closure of the Family Medical Centre, closure of the maternity ward in Flin Flon, and impending closures of more ERs: the experiences of those caring for our sick, ill and injured must be taken seriously. Those on the front line know what is and is not working, but despite continued requests to be consulted about changes, they are ignored. Instead they receive Cloutier’s letter, which diminishes their years of experience and ignores their urgent request to slow down on the health care overhaul.

The ‘Valley of Despair’ will undoubtedly widen with the recent introduction of Bill 10. This legislation would amend the Regional Health Authorities Act, to become the Health System Governance and Accountability Act. Contained within this legislation is the creation of ‘Shared Health’ governance. Imagine a pyramid with the Minister of Health Cameron Friesen at the top, followed by ‘Shared Health’ then the regional health authorities and CancerCare Manitoba. Addictions Foundation of Manitoba will be absorbed by Shared Health. The shifts in responsibilities and oversight under this new piece of legislation will impact all stakeholders in the health care system. The consequences of this legislation will be far-reaching, including paving the way forward for a new super agency and a ‘one size fits all’ model of health care service delivery.

We only need to look to Nova Scotia who in 2015 went straight to a ‘super agency’. The change resulted in a number of detrimental consequents to the delivery of care. The inadequate financial resources, the clumsy handling of the amalgamation, and the failure of the one size fits all model has led to negative consequences for Nova Scotians’ access to quality care. A ‘one size fits all’ model is not responsive enough to adapt to changing needs and demands in a given region in a province. For example, currently ER’s in Nova Scotia are issuing pink letters to patients who will not be seen by a doctor in the operational hours of some ERs. The letter details the fact they will not be able to see a doctor today because they have been assessed at a level that is low and they are to come back later. The inability to staff local hospitals in Nova Scotia is chronic with unexpected closures of ERs and the inability of existing staff to take time off. Some groups contend that the new model of health care is leading to higher levels of political interference in the operation of the health care system. The fact that Manitoba is headed down this road is scary and can seriously compromise quality of care. We should be asking is this really the road we should head down? We think not.

If this government is keen on improving health care then why rush through another major change in the administration of health care in this province. Are the political points worth the impact to our delivery of quality, considerate, access to universal Medicare? If this government continues to ignore the continued calls to slow down from our frontline workers, the valley of despair will undoubtedly persist.

Brianne Goertzen is the Provincial Director of the non-partisan Manitoba Health Coalition and a Canadian Centre for Policy Alternatives – Manitoba steering committee member. She serves as a school trustee for Ward 3, River East Transcona School Division.