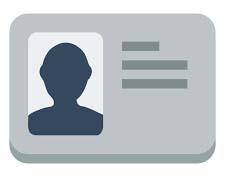 On March 20th Minister of Justice Heather Stefanson introduced an amendment to the Elections Act that would establish a permanent voter registry for future provincial elections, changes to individual contributions and spending for third-party communications. The amendment allows for the requirement of a voters list based on the 2016 election. The provincial government chose also to amend eligible voter identification (ID) that would require citizens to present a type of ID that is not easily accessible for some Manitobans and potentially skew the slate of candidates to favour those who can inject the most money into their campaign.

Currently, if someone is not on the voter’s list and does not have government-issued photo ID, they are permitted to prove identity via two documents such as a health card, Status Indian card and/or mail addressed to their current address such as a utility bill.

The move to a voter registry was approved by all party consensus at the committee level and this requires an amendment to the Act. However, introducing a registry does not require changes to the current Act’s acceptance of alternate forms of ID.

Why is this provincial government introducing a change to voter ID requirements by requiring photo ID? The Chief Electoral Officer at Elections Manitoba has stated voter fraud is not a concern.
Oftentimes governments consult before making changes to key legislation. If the government would have consulted, they would have learned of the struggles of those without up-to-date, government issued photo ID who will be disenfranchised if the voter ID requirements change. Instead, Minister Stefanson stated that proposed changes would simply bring Manitoba in line with, for example, Winnipeg. However, Winnipeg does not require photo ID in its elections.

It is important that the provincial government take into account the systemic barriers, historical context and demographics of Manitoba when considering changes to legislation and policies. This is particularly important when dealing with provisions for fair voting, a cornerstone of democracy.

Lack of access to ID is a wide-spread problem affecting those who are overly represented in the ranks of people who live in poverty – the working-poor, the elderly, those living with a disability, people without a fixed address (including students), and Indigenous people. Real barriers for low income earners include; the inability to pay for proper ID, a living situation wherein loss and theft of ID is common, or frequent moves that prohibit paying costly fees to maintain a formal ID with a current address.

The Indigenous community is additionally burdened by the ID problems experienced by Sixties Scoop Survivors. As a result of the “Sixties-Eighties Scoop”, when federal and provincial agents took Indigenous children from their families and placed them with non-Indigenous families in Canada, the U.S. and Europe, survivors of the “Scoop” era can face formidable barriers to obtaining a birth certificate. Applicants must recall and provide information about their birth and parental lineage as it is stated on their birth registration. Many Indigenous communities have been disconnected from their family lineage through physical displacement and changed family names.

In the 2014 Winnipeg election local leaders started “Indigenous Rock the Vote” to encourage Indigenous people to participate in the election. This group ran ID clinics to help people access ID because the issue that came up most often during the Winnipeg election was access to proper voting ID. In addition, Indigenous people are far more likely to not have a fixed address due to movement between reserves and rural communities to stay at the homes of relatives and friends in urban areas while they work, go to school, or access health services.

The amendments also potentially effect the diversity of candidates by increasing allowable individual contributions to political parties and third party communications spending substantially. This opens the door to those who can afford to participate in electoral politics to contribute more. Money would have more influence in elections than previously.

This approach has seen a push-back in the United States where the main goal of the people’s Occupy Movement was to “get money out of politics” and take back democracy. The Manitoba Elections Amendment Act would increase individual election contributions 60 percent from $3,000 to $5,000. The third-party advertising increases election limits five times from $5,000 to $25,000 during an election and then 20 times to $100,000 during the 90 days before the writ is dropped. These changes would restrict who can participate in and influence democratic process in Manitoba.

Changes to Manitoba’s voter eligibility requirements will prohibit many Manitobans from exercising their democratic right to vote. This change, along with increased allowable political contributions and third-party communications are unjust and will undermine democracy in our province.

Lisa Forbes is a volunteer voting educator with Winnipeg Indigenous Rock the Vote and Molly McCracken is the director at the Canadian Centre for Policy Alternatives – Manitoba. With background research by Ellen Smirl.

← How can Winnipeg reduce poverty?
Being involved in uninvolved contexts: Refugee parent involvement in children’s education →