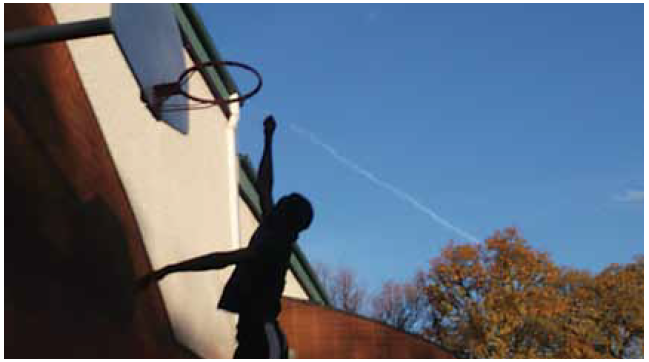 By Lynne Fernandez and Molly McCracken

Community advocates have argued for years that housing plays a fundamental role in addressing poverty: it is a precursor to health, education and jobs. The message has gotten through: this year’s budget responds to a long-standing call from the community to increase dismally low Employment and Income Assistance (EIA) or welfare rates. Last year Make Poverty History Manitoba campaigned to raise the EIA shelter rates to 75 per cent of the median market rent. This campaign was supported by a broad coalition of community groups and businesses. Raising the EIA shelter rates to the 75 percent goal was also included as a recommendation by the Phoenix Sinclair Inquiry report.

The community’s lobbying efforts have paid off. Budget 2014 creates a new shelter benefit program called “Rent Assist”: a universal shelter program for EIA recipients. This does away with the EIA shelter allowance and previous rent supplement programs, which applied only to some categories of recipients. It will be automatically available to all recipients (general assistance, disability, single parents and couple parents), addressing the criticism that parents with children on EIA were not eligible for previous EIA rent supplements.

The increases above current rent supplements for people on EIA are substantial: $50 per month for families with children (single parents and couple parents) and $70 per month for single persons and persons on disability, starting July 1. Single adults, who bore the brunt of cutbacks in the 1990’s will see their shelter rates restored to the 75 per cent median market rent threshold this year. Further increases will be phased in over the next four years to bring all EIA recipients up to the 75 per cent of median market rents level. Additionally, Rent Assist is available to low income working people, to supplement their ability to pay median market rents.

These changes are huge and will impact 15,550 EIA recipients who live in private market housing as well as thousands of working poor who are eligible to receive rent supplements. The credit for this progress should go to the hard work of more than 150 community groups who lobbied for the EIA shelter increase, not the Official Opposition.

Along with the provincial government’s commitments to low income housing, the changes to how EIA funds shelter costs go a long way to improving the material conditions of people living in poverty. This budget confirms that the previous provincial commitment to create 1,500 units of social housing (rent geared to income) and 1,500 units of affordable housing has been met, and reiterates last budget’s commitment to create 500 more units of social and affordable housing over the next three years. While there is still much to be done to improve the situation of people struggling with poverty, Budget 2014 represents a substantial step forward.

Child care is economic development. It is fundamental to supporting parents to go back to school or get a job – plus it offers positive child development and economic spinoffs. This budget announces $5.5 million for a new childcare plan and the creation of thousands of spaces in the upcoming years and improve wages for those in the early childhood workforce. Details are forthcoming; hopefully many of these spaces will be in the Inner City, where the positive benefits of child care are badly needed.

This budget focuses on jobs and training. One important initiative is its support for apprenticeships – through a tax credit and bonus to employers and a bursary to apprentices. This will help youth transition from school to work, but more assistance is required for Manitoba’s discouraged workers – those who are not counted in the unemployment rate. Many of these potential workers face obstacles that prevent them from landing decent jobs. CCPA Manitoba has done considerable research on Labour Market Intermediaries  (LMIs) – an initiative that would bring together a network of organizations to guide mulit-barriered workers through the training and experience they need. Community-based organizations, unions, schools, government and employers all play a role in LMIs.  A commitment to such a program would go a long way to bringing Manitoba’s discouraged workers into the labour market and would bring even more value added to this year’s boost in investment in core and social infrastructure.

It’s taken a year for the Province to demonstrate the need for the PST increase. Whether all the money from the increase is going into hard infrastructure is not important. Total revenues come from a variety of sources and government’s job is to spend that revenue responsibly. From infrastructure spending to apprenticeships; from EIA rate increases to investment in housing, this year’s budget papers offer the beginnings of a comprehensive plan to address some of the most pressing issues facing Manitoba.

← International Women’s Day 2014: The continuing struggle for bread and roses
Trends in Residential Investment in Winnipeg →