Time to move forward with respect 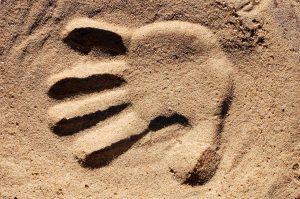 For the last 100 days Camp Morningstar has nurtured a sacred fire on Hollow Water First Nation traditional territory in order to provide balanced information to counter the one-sided proposals and outdated scientific research presented by Canadian Premium Sand (CPS). We have been silenced, lost our jobs, and ignored, but we are still here.

The crux of our concerns is the ability of an Indian Act chief to abrogate Treaty rights with the stroke of a pen before consulting with the people. Those rights, as well as the consultation rights that are due to us under the Constitution, were waived without letting the membership know. These are communal rights. As such, the community must be consulted first. What took place is wrong and, we think, open to litigation.

To date we have lobbied the Crown and Manitoba Sustainable Development according to their procedures for review of the Environment Application.

In their own document, Manitoba First Nations Mineral Development Protocol, the Manitoba Government calls upon the “…corporate sector to adopt the United Nations Declaration on the Rights of Indigenous Peoples as a reconciliation framework and to apply its principles, norms, and standards and core operational activities involving Indigenous peoples and their lands.”

It’s not happening. It will never happen until relationships between industry, the government regulators, and First Nations have improved. Elders complain about the lack of respect for protocol that honours Traditional agreement making. Essentially, nobody asks the people. Meet the Elders? Tick a box. Have one community meeting that falls into disarray because the cottagers have never had a chance to consult? Tick a box. It goes on. Relationships are not built on ticked boxes.

CPS’s application was a hot mess. Incomplete studies describing threats to water, air, and land used old data. That was disrespectful to the people here. They figured we wouldn’t understand them. Sustainable Development held the company’s feet to the fire and granted a license with 92 conditions. For the conditions I am grateful. But everyone has missed the point.

The point is respect. Respect for our way of reaching agreements that have worked since time immemorial. Respect for the intangible that does not fit into some government checklist on consultation, but is the core of our culture.

Indigenous scholar, Leanne Simpson refers to the challenges of incorporating Traditional Ecological Knowledge into review processes. It is now standard practice that Elders are interviewed, their observations on wildlife, the land and water are listed in tables and charts. But traditional worldview doesn’t work that way. Just as drops of water cannot be separated into those that are in lakes, streams, ocean and atmosphere, traditional knowledge and relationships cannot be separated and dropped into a chart. Yet today’s process of consultation does just that.

I am grateful for Sustainable Development’s attempts to include our concerns in the license conditions. They require that the Licencee “with guidance from local Indigenous communities, undertake surveys for traditional use plant species used for medicinal or cultural purposes within the project area…and implement appropriate mitigation measures. Also, “the Licencee shall work with local Indigenous communities to identify where Indigenous members practice ceremonial and customary land practices in close proximity to the project area of the Development”.

This poses our greatest challenge. The Hollow Water community created an alternative restorative justice program that served both victims and perpetrators of sexual abuse, using traditional approaches. The very same tract of land that has already been clearcut for the massive sand cleaning plant was a center for ceremony in the healing journey.

Returning to the land to heal also meant returning to the stories, in particular the creation stories. We have kept them secret. Too much was destroyed and stolen by the people who govern through the Indian Act with oppressive policies that were designed to kill the Indian in the Child. But they couldn’t. We are still here. At one time we were jailed for practicing ceremonies. So we buried our rattles and drums on the islands, telling the Priest we were going blueberry picking. When returning to the land became such an important part of our healing, the first thing we did was to take our people back to their spiritual home, known today as Black Island. We shared the stories of our ancestors; stories that start with the sand.

The silica sand of this unique landscape is central to Ojibwe spirituality. It is like the stars in the milky way. We come from the stars and we return to them. That is our belief. As a way of honouring that link, sand was used in burial rituals – placed on the ground around the deceased to guide them home to their place among the stars with their ancestors.

When the thunderbirds come in the summer, they visit their nest on Black Island, and when lightning strikes the sand on the mainland it makes special stones that are used in rattles. Inside the sweatlodge these stones light up within the rattle. Sacred stones, sand, and stars.

So here we are. Sustainable Development has made an effort at reconciliation. Their way. Now we need people to spend time with us. To reconcile this environmental review process experience.  Come to the sacred fire at Camp Morning Star. Hear the sacred stories for yourself. Join us in the sweatlodge. Listen to the ancestors. Tell us how we can move forward with respect. It is time. We need to talk.