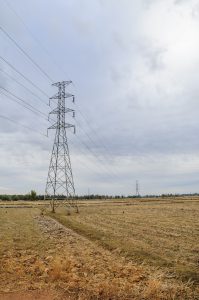 For immediate release (Winnipeg): A new report from the Canadian Centre for Policy Alternative’s (CCPA) Manitoba office: Manitoba Hydro, the Long View argues the publicly owned crown corporation offers economic and social benefits that would be lost if the crown were privatized. This sentiment was reflected in the Probe Research poll released on September 4th, in which 68 percent of respondents rejected privatization of Manitoba Hydro.

The new report responds to recent criticisms of Manitoba Hydro which take a far-too-narrow focus on flash-point issues like Hydro’s debt/equity ratio, or unknowns like the future price of different kinds of energy. “We need to understand the long-term value the utility provides” explains Lynne Fernandez, report author, “and that requires putting today’s debate in the context of past development”.

The terms of reference for the 2016 Boston Consulting Group report and recent inquiry proposed by the current Conservative provincial government are strikingly similar to the 1977 Tritschler Report, and the lessons learnt from that debate apply today. The recent consultant reports and media attention caused some to fear that a push for privatization of Manitoba Hydro, such as we saw with Manitoba Telephone Services, was building.

Fernandez explains Manitoba Hydro is a large corporation operating in complex world of continental exports, imports, spot pricing, future pricing and domestic and foreign demands. It competes with other forms of energy, such as fracked gas, wind, and solar that come and go at ever faster rates. It must now operate in an environment of climate change, species extinction and volatile politics. These elements are folded into the report, along with discussion of the long, painful and complicated relationship with First Nation and Métis communities who have paid a too-high price for hydro development. The improving relationships between Manitoba Hydro and First Nations – also discussed, should be part of Truth and Reconciliation in Manitoba.

Manitoba households enjoy the second lowest electrical bills in North America, and industrial users benefit from the lowest, another advantage to public ownership, as opposed to private ownership in Ontario, Alberta or much of the US.

The role of Manitoba Hydro will be raised in tonight’s provincial election debate on climate change and the environment, 7 – 9 pm at the Hotel Fort Garry.

About the author: Lynne Fernandez holds the Errol Black Chair in Labour Issues at the Canadian Centre for Policy Alternative MB is the author of Manitoba Hydro, the Long View.

← Increasing Benefits for Low-income Manitoba Renters Through Rent Assist
UNSPUN 2019: What About the Environment? →