Should the City of Winnipeg subsidize high-end housing downtown? 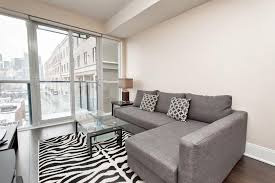 On Thursday September 20, Winnipeg City Council will vote on a motion to clear the way for True North Square (TNS) to receive an $8 million subsidy through the City’s Tax Increment Financing (TIF) program. Council will be asked to waive TIF rules that would require 10% of the 324 TNS rental and condo units to be developed on Hargrave and Carlton Streets to be “affordable”.

TIF is a financial tool that allocates future increases in property taxes for a designated area to pay for improvements within that area, for a specified period of time. TIFs are used in cities across North America as a revitalization tool, and they often include a requirement that housing development include a percentage of affordable units. In Manitoba, TIFs are allowed through provincial legislation. Winnipeg’s official development plan identifies TIF as a strategy for neighbourhood revitalization, including the facilitation of “safe and affordable housing …”. Aligned with this is the City’s Live Downtown – Rental Development Grant Program By-law referred to in the report to Council. The by-law requires that a minimum of 10 % of housing units subsidized through TIFs must be ‘affordable’, which means that rents would be set at or below median market rents, for a minimum of 5 years.

In addition to affordable rent guidelines, the Live Downtown policy outlines specific geographic criteria for TIF.  It currently does not include the proposed site of the TNS development.  City Council is being asked to support an expansion of the designated area to ensure that TNS qualifies for TIF. If Council supports the proposal that has been endorsed by Executive Policy Committee (EPC), TNS will sidestep the rules, and qualify for a subsidy to develop high-end condos and rental units on property outside of the TIF zone, with no affordability component.

This sets a dangerous precedent for future development, and it defeats the purpose of a TIF program focused on the city’s ‘vision’ of downtown revitalization that includes affordable housing.

For its part, the provincial government has already agreed to a deal. Its contribution to the residential component of the project will be $8 million over 20 years. If the City proposal passes, it will match that amount, giving $16 million in subsidies for housing that won’t be affordable to many, if not most, Winnipeggers.

While the City and Province clear the way for public subsidies for the creation of high-end housing downtown, mid and low-income families in Winnipeg are struggling more than ever to find safe affordable housing.  The number of Winnipeggers in “core housing need” increased from 10 percent in 2010 to 12.1 percent in 2017. And the affordable supply continues to shrink. In the downtown alone, close to 300 units of low-cost rental housing have disappeared with the demolition of social housing on River Ave. and Mayfair Place, and with the sale of the provincially owned 185 Smith St.

Enforcing the affordability clause as a requirement for TIF would not create housing for low-income households –median market rents are far more than many households can afford. For example, the median for a two bedroom is $1100.00 per month. At best, enforcing the affordability clause would ensure a small number of new units would be available to moderate income earners. It may not be much, but if all new downtown developments included affordable units, it would make downtown living more accessible.

The City and Provincial government’s enthusiasm to provide public funds for this high-end housing project raises important questions. What is it about this project that justifies overriding an important element of TIF policy? How does it align with the intentions of the Province’s Community Revitalization Tax Increment Financing Act and Winnipeg’s Live Downtown policy? Why offer TIF at all if the project will proceed without it? How does this use of public finances fit with the more important public policy priority—creating more affordable rental housing?

The provincial government is the primary level of government responsible for addressing the housing needs of low-income households. The Province does not currently have a strategy. If it did, ensuring that provincially subsidized developments like TNS include a reasonable number of affordable units would be a reasonable component.

The case for a comprehensive, well financed, intergovernmental strategy to address the shortage of social and affordable housing in Winnipeg has been made for several years. The use of TIF alone won’t solve the problem – not a in a long shot. But TIF is one small tool that can be used to ensure affordable housing is in the mix. The very least private sector developers can do as good corporate citizens, is to abide by the rules if they wish to access public subsidies.

The extent to which governments should subsidize private development in the downtown is a larger debate. But when it comes to subsidies for housing, the City and the Province need to get their priorities straight. Winnipeggers concerned about inequality need to ask ourselves— who benefits when millions of dollars of public funding is used to subsidize high-end housing in a city where an ever-growing number of individuals and families can’t finding housing that they can afford?

Shauna MacKinnon is Associate Professor in the department of Urban and Inner City Studies, University of Winnipeg, a long-time member of the Right to Housing Coalition and a CCPA Manitoba Research Associate.

← Legacy of departed life-long activist at risk with possible reversal of pesticide ban
Winnipeg: Where the buildings have no names and the streets have no crossings →