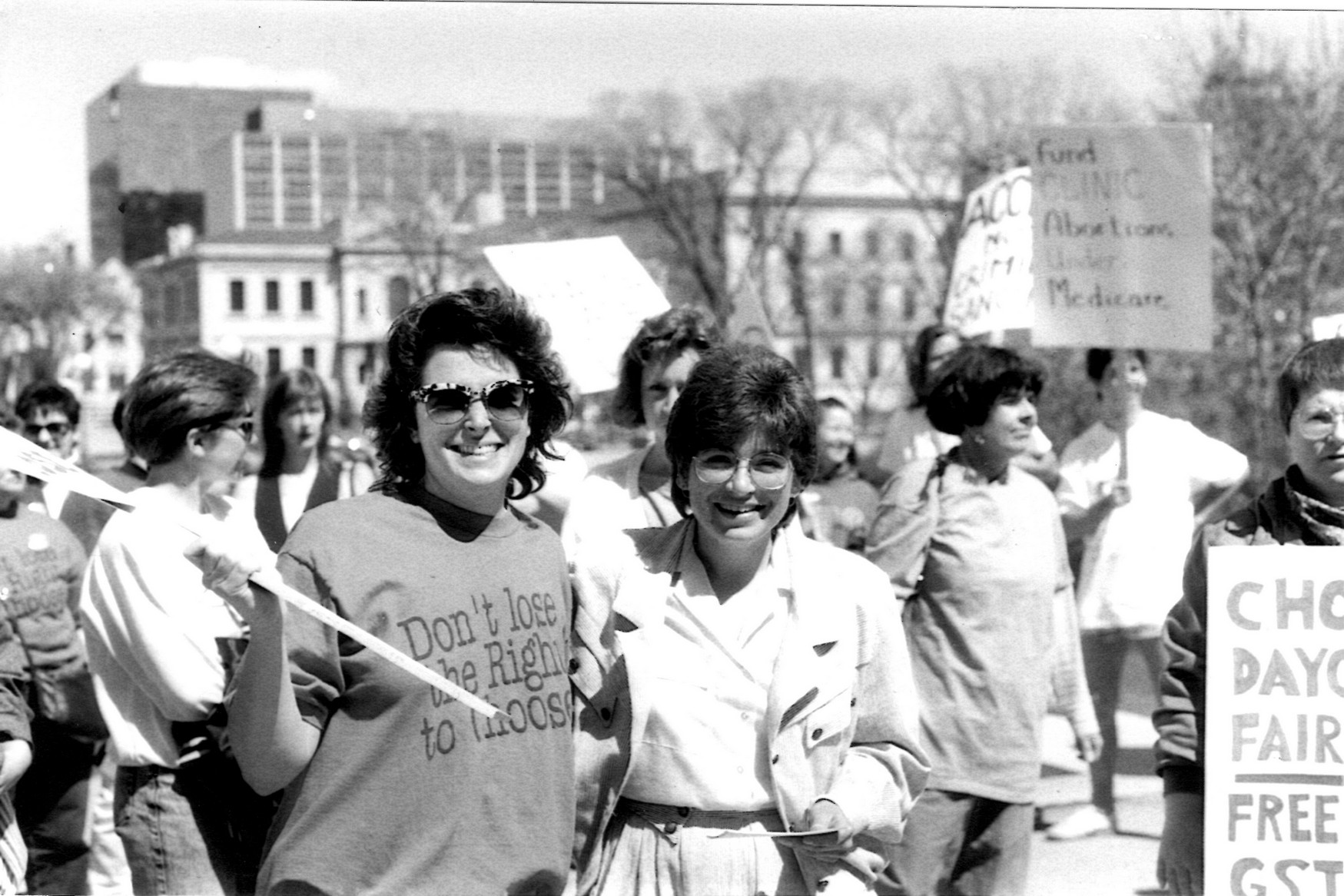 The Errol Black Chair (EBC) in Labour Issues was established to honour the legacy of activist, author, politician, educator and founding member of CCPA-MB, Errol Black.
Each year at the annual EBC Brunch, held to raise funds for EBC research and CCPA Manitoba, we honour an individual or organization who has served our community with distinction. The person or organization must reflect the values of community service, advocacy and social justice that Errol stood for.
Our 2018 EBC Honoured Guest is a most worthy recipient, given her activism over the past forty-plus years.
Judy Wasylycia-Leis is a well-known feminist, activist, politician and community builder.
She graduated from the University of Waterloo with an Honours BA in French and Political Studies. She achieved her Master’s Degree in Political Studies from Carleton University in 1976.
She began her political career in Ontario in the 1970s as a three-time candidate, Parliamentary Intern and Federal NDP Women’s Organizer. She also served for two years as an Executive Assistant to then Federal NDP Leader, Ed Broadbent.
In 1982 she worked as Coordinator of the Premier’s Secretariat and Policy Group for Manitoba Premier, Howard Pawley. In 1985 / 86 she served as the Coordinator of the Women’s Directorate for the Manitoba government.
In 1986 Judy was elected as the MLA for St. John’s and was re-elected in 1988 and 1990. She served as Minister of Culture, Heritage & Recreation, and Minister Responsible for the Manitoba Lotteries Corporation and for the Status of Women, between 1986 and 1988.
A few months after the 1988 provincial election, she became the first MLA in the province’s history to give birth while in office. Her public role as a mother was a source of controversy from the opposition and some members of the public, although many were in support. A 2009 article in Herizon magazine explains: “Wasylycia-Leis says that, of all the decisions she’s ever made and all the votes she’s ever cast, her public breast-feeding still counts as the most controversial thing she’s ever done”. Judy and her husband Ron have two sons, Nick and Joe.
Between 1988 and 1993 she served in Opposition as NDP Critic for Family Services and the Status of Women and Deputy Leader and Health Critic.
She resigned in 1993 in order to run federally and was elected on her second attempt in 1997 as the MP for Winnipeg North, and was re-elected in 2000, 2004, 2006 and 2008. Her parliamentary duties were numerous, including service as Health, Finance and Status of Women Critic. She chaired the Federal NDP Caucus from 2005 to 2009.
While serving as MP for Winnipeg North, Judy organized community opposition to branch bank closures. She successfully lobbied for legislation banning flavoured tobacco products. She led a campaign with members of the disabilities community to force parliament to adopt the UN Convention on the Rights of Persons with Disabilities.
In April 2010 Judy resigned as MP in order to run for Mayor of the City of Winnipeg in the October 2010 election. She ran again in 2014. In both campaigns she polled second. Both were community-based campaigns in which she spoke of the need for the City to end over a decade of property tax freezes which had hurt both civic infrastructure and the services so vital to our City.
Throughout her entire adult life Judy has been a community activist. Some of her past service includes service on the boards of:

Judy currently serves as President of Sarasvati Productions, an independent transformative theatre company.
She also serves as a founding member of Equal Voices Manitoba, a non-partisan group which seeks to mentor and encourage women to seek elected office.
At the international level, since 2010 Judy has served as a consultant with the National Democratic Institute and has accepted assignments in Jordan, Kosovo, Pakistan, Tunisia, Morocco, Algeria and Liberia. Her work with NDI has included party development, candidate training, women and youth political participation, and service as an election observer.
These few words are but a sampling of a life dedicated to building a better world. Judy personifies the values and leadership of the late Errol Black. She continues to serve both our local community and communities around the world.

← Balanced Budget Legislation – presentation to committee
The Beginning of the End of Manitoba Hydro? →