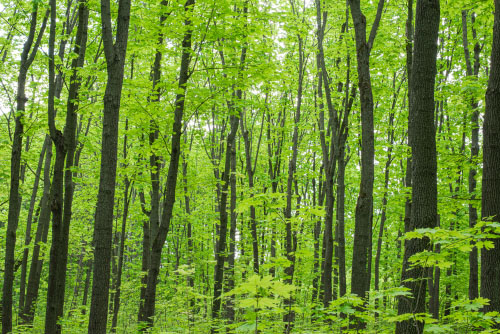 This Manitoba election is critical to climate action. United Nations science says we have to cut greenhouse gas (GHG) emissions by at least 45% in the next ten years. To do so requires immediate action by whomever is elected on September 10th: how do the Manitoba parties stack up?

Climate change is hitting home. Ten Manitoba municipalities recently declared a state agricultural disaster due to severe drought, asking for financial support from government to drill wells and haul water. This is only the tip of the rapidly melting proverbial iceburg, as Manitoba will incur costs due to increased flooding in the spring and summer droughts. Climate change means longer heat waves.  Kept unchecked, this will lead to serious health impacts and even death as seen in Southern Quebec where 86 people died from an eight day heat wave last year, according to a new study from the Prairie Climate Centre.

For these reasons and more, climate change is a top issue for many in the provincial and federal elections. Globally millions of youth are striking for the climate in the “Fridays for the Future” movement. Locally high school students have held six protests at the Manitoba legislature since last February. Adults are also concerned. A recent Abacus nationwide survey  suggests Canadians are increasingly anxious about the climate crisis, and have a stronger appetite for “systems-level” climate solutions than political leaders tend to assume.

But GHG rates are at an all time high in Manitoba and our government is going backwards on climate action. Premier Pallister flip flopped on the carbon tax in Manitoba and is now using tax payer money to sue the federal government, despite two provincial court rulings backing the federal government’s ability to lever the tax. But in the face of the rapidity of climate change, activists are moving the conversation beyond the carbon tax to the Green New Deal.

The Green New Deal is an international movement for building a new economy based on green infrastructure and jobs with living wages. It includes training current fossil fuel workers and new decent jobs. Polling commissioned by Seth Klein, previously of CCPA BC found that 61 percent of Canadians like the idea of a Green New Deal.

The colossal effort to get to net zero carbon emissions is on the scale of World War Two requiring a massive influx of public money to build infrastructure like quality free public transportation, retrofitting homes & buildings to get off of fossil fuel emitting natural gas and boosting local food production alongside protecting and restoring natural areas that are important carbon sinks.

A publicly funded just transition away from fossil fuels will be a massive job creator, and with proper requirements in place create decent, unionized jobs, which, as research shows, is key to reducing income inequality. Truth and Reconciliation must be central in the transition, as Indigenous people lived sustainably on Turtle Island prior to colonization and justice requires true partnerships to boost Indigenous economic and social development.

The Green New Deal is what governments have to catch up to. But the current provincial government targets will not meet the Paris Climate Accord, as found by CCPA MB published research.  This election the Conservatives promised $25 million annually in rebates for building energy retrofits. Agriculture is the largest emitter in Manitoba at 39% of all emissions. The provincial government response is the Growing Outcomes in Watersheds endowment, which will provide approximately $5 million per year to essentially pay farmers for not ploughing wetlands. The program has no directly metrics to reduce GHG emissions. The Conservation Trust established by the provincial government only yields $5 million per year and half of this remains unallocated from the last budget. A Green New Deal framework would amplify these responses, and much more, tenfold.

Transportation is the second largest emitter in Manitoba at 31%. In 2016 the provincial government cut funding to the City of Winnipeg for transit. Outside of Winnipeg, the provincial government didn’t take up the federal offer to cost-share subsidized bus service to communities no longer served by Greyhound, stranding people without cars in rural and northern communities without this essential service for health and other travel needs.

The Manitoba NDP promise to restore transit funding, but are not as bold as their federal counterparts, who are promising free public transit. The NDP promises to put the Paris Climate Accord targets into law, however the United Nations IPCC found the Paris targets are not strong enough to keep global warming to 1.5 degrees needed to prevent catastrophic impacts. Wab Kinew announced a $350 rebate per Hydro bill: “By doing this, we have given you a subsidy on your next electric vehicle”. At a cost of $50,000, electric vehicles are out of reach for most Manitobans and the rebate doesn’t actually target climate-friendly spending by households. The NDP promise 50,000 new jobs as part of their platform, but there’s no clear plan to link those jobs to the necessary GHG reductions or to resilience-enhancing green infrastructure here in Manitoba. The NDP and the Greens would ban fossil fuel subsidies, the Liberals would phase it out.

The NDP and Manitoba Greens would ban fracking. While this is an important stand to take, it does not have a big immediate impact. Fracking itself is not yet widely done in Manitoba. The Conservative provincial government’s approval of Canada Premium Sands frack sand mine, despite opposition from Indigenous leaders and environmentalists, means Manitoba will be supplying the silica sand and enabling the expansion of fossil fuel development elsewhere.

The Manitoba Greens promise to set GHG targets for 2030, 2040, 2045 and 2050 with input from stakeholders and do a government climate budget. The Greens would change building codes to require energy efficiency.

The “Manitoba Liberal Plan for Green Growth and Renewal” is ambitious with a promise for net zero carbon emissions by 2030, ahead of schedule by 20 years, and a $20 million innovation fund. They promise a green lens for all of government. Research shows a whole-of-government-approach is what’s needed to sharply drop emissions.

Both the Liberals and Greens promise more trees, protecting wetlands and to deal with organics in landfills.

Climate change should be a non-partisan issue. All parties need to adopt science-based, comprehensive climate action commitments and plans and catch up to the climate action movement quickly sweeping our province and the planet.

We need a massive scaling up of green infrastructure and restoring natural areas in order to create resilience and social justice. The Climate Action movement will only continue to grow, and whomever is elected September 10th would be wise to listen and act on the climate, particularly when youth take to the streets at home and around the world in a massive climate strike on September 20th, followed by a Global General Strike for the Climate on September 27th.

Molly McCracken is the director of the Canadian Centre for Policy Alternatives – Manitoba and a member of the Climate Action Team Manitoba.