UNSPUN 2019: Taxes and Deficit in Manitoba 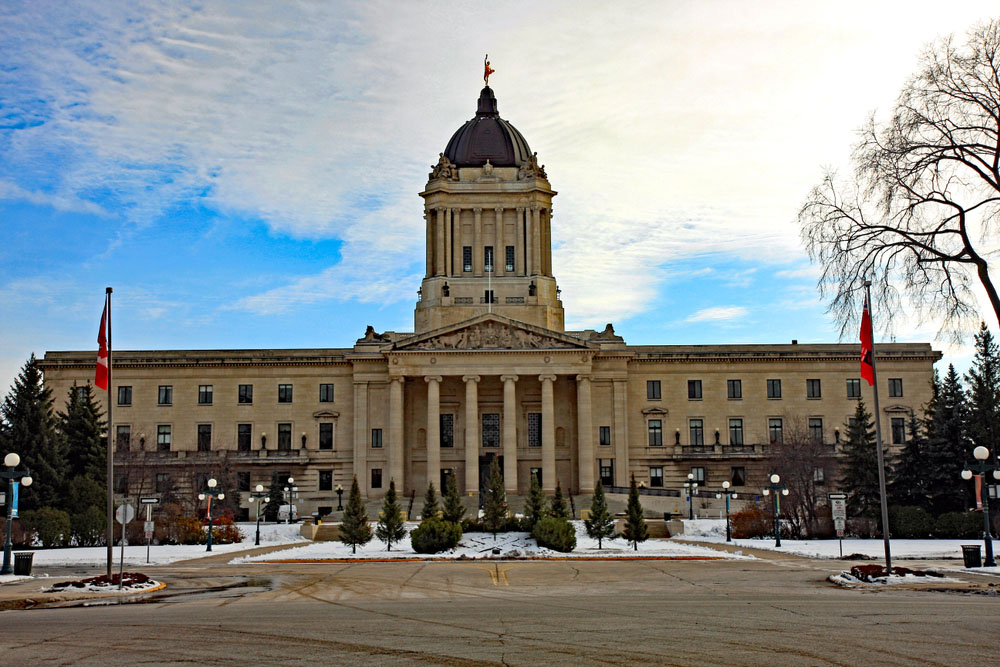 If there is one issue that has been front and centre in the agenda of the governing Manitoba Progressive Conservatives (PCs), it has been “fiscal responsibility”. Of specific concern has been bringing down the government deficit, which was approaching $1 billion when the PCs assumed office. The Pallister government has consistently applied a variety of austerity measures to achieve this objective. These have included repeated across-the-board budget and staffing reductions for government departments, crowns and agencies; a legislated wage freeze leading to real wage reductions for public sector workers; the contracting out and privatization of government services; the sale of government assets, including social housing stock for low income Manitobans; cuts to social service benefits, including the Rent Assist program and Employment and Income Assistance; and reductions in healthcare coverage including outpatient physiotherapy and occupational therapy and introducing prescription co-payment fees for low income Manitobans with long term health conditions. They also benefitted from a significant increase in federal transfer payments.

Based on these and other measures, the incumbent government has been particularly effective in reducing the deficit. Initially, the PCs laid out an eight-year timeline for bringing the budget into balance. Since then, they have consistently over-achieved on their deficit reduction targets. In their first year in office, the deficit was reduced by $144 million to $764 million, and in their second year by another $94 million. In 2018-19, based on most recent reports, the deficit was reduced by $225 million.[1] In the 2019-20 budget, the PCs managed to implement their promise to cut the PST by 1% at a projected cost of $237 million and still reduce the deficit by a further $110 million.

This aggressive targeting of the deficit has allowed the PCs to promise that they will eliminate the deficit two years earlier than expected, despite the annual revenue loss of $325 million from the PST cut and an eventual $830 million in annual revenue lost due to the eliminate the education property tax. The ability of the conservatives to balance the budget on this timeline, while reducing taxes, signals an era of ongoing austerity under a re-elected PC government. Brian Pallister has made this explicit during the campaign, noting that these revenue losses will be accommodated by further spending cuts, staffing reductions and asset sales as opposed to any new taxes.

There has been significant resistance to this austerity strategy. All three of the main opposition parties have raised concerns about the impact of past and promised cuts, in many cases calling for reversals of austerity measures, including reopening shuttered ERs, additional years of deficit spending, and a more general anti-austerity approach to budgeting. Healthcare professionals, including doctors and nurses, are pointing to the PC government reforms as the cause of the significant disruptions and staffing shortages in hospitals and emergency rooms. Teachers are rallying against flatlining funding to schools and an education review that is expected to result in similar upheaval in Manitoba’s K-12 school system. Anti-poverty advocates have also highlighted the regressive nature of many of the service and tax cuts, with lower income Manitobans more acutely impacted by service reductions and the bulk of tax cuts benefiting primarily higher income earners. A recent poll also suggests that Manitobans aren’t particularly supportive of a rushed defeat of the deficit, with the majority preferring incremental spending on services. This raises the question, what is driving this agenda of austerity and tax cuts, and is it necessary?

With respect to taxes, Manitoba’s previous 8% PST tied it for fourth lowest of the provinces, and Manitoba had a relatively low personal tax burden, even prior to the 1% PST cut. In 2017-18, Manitoba was still in the bottom half-of Canadian provinces when looking at net debt measured as a proportion of GDP, despite a significant increase since the 2008 -2009 economic crisis. Manitoba then does not seem to be out of line with other Canadian provinces with respect to either taxes or debt burden. Manitoba businesses also do not seem to be particularly concerned when asked directly. A majority of Manitoba businesses surveyed by the Chamber of Commerce recently agreed that Manitoba is a competitive place to do business relative to other provinces. These businesses also ranked hiring and retaining skilled and qualified workers, and concerns with overall demand for their products, well ahead of taxes and government spending, as their priority concern. It is unclear what the urgency is behind the austerity being pursued by the current government, particularly given that education and skills training for workers, as well as overall aggregate demand in the economy, will only be further constrained by an austerity agenda.

Fundamentally, austerity as an economic theory is ideologically motivated as opposed to evidence -based. While some conservative economists continue to promote “expansionary austerity”, the idea that governments can generate economic growth through improved business and consumer confidence by cutting social services and thereby future expected tax burden, does not hold up empirically. What is clear is that austerity can lead to a number of detrimental socio-economic consequences ranging from poor childhood outcomes, compromised health and education, reduced life expectancy and growing and increasingly racialized inequality.

While austerity advocates focus on the cost of government debt, they regularly neglect the social and long term economic benefits generated from government investments in people and communities. Many publicly funded social interventions in areas such as public health and prevention, education and anti-recidivism have been rigorously tested and proven to generate the intended social benefits. In many cases the fiscal savings generated are sufficient for these programs to effectively pay for themselves, when programs are sufficiently resourced and implemented in line with best practices.

In the 2019 election, alternatives are being put forward to the austerity agenda. With similar positions on issues such as healthcare and poverty, opposition parties are calling for less aggressive approaches to bringing the books back into balance. The NDP, for example have called for balancing the budget over four years and introducing an additional tax bracket on higher income earners. The Liberals have campaigned in favour of increased social and infrastructure spending and against austerity. The Greens have similarly advanced a platform premised on increasing social spending and higher taxes on corporations and the well-off. The Canadian Centre for Policy Alternatives – Manitoba is also in the process of assembling an alternative vision through its 2020 Alternative Provincial Budget process, focussing on the role of government to address the pressing issues of climate change, growing inequality, and quality public services that meet the needs of Manitobans. The 2019 election has raised many of these issues to prominence, with contrasting visions being put forward.  September 10th offers voters a stark contrast in visions for Manitoba’s future.

[1] Remarkable by itself, this reduction is even more significant given the accusation by Manitoba’s Auditor General that questionable accounting practices made the deficit appear to be $347 million higher than it would have been otherwise. The true reduction in the deficit in this case would have been $572 million, bringing the deficit to only $123 million – one-seventh of the size of the deficit inherited in 2016. This then was a remarkable withdrawal of fiscal stimulus over a relatively short period of time.

Jesse Hajer is a faculty member in the Department of Economics and Labour Studies program at the University of Manitoba, and a research associate with the Canadian Centre for Policy Alternatives – Manitoba.