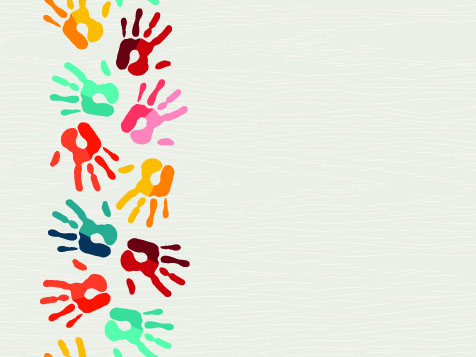 Recent attention to issues of addiction in Manitoba has shifted from concern over opioids to methamphetamine use. Questions about government response have remained a hot topic during the run up to the provincial election. As a result harm reduction is starting to become a part of the public discourse.

The Public Officer of Health for Manitoba[i] has an official harm reduction policy, as does the Winnipeg Regional Health Authority, however the application of harm reduction principles to provincial policy remains inconsistent and largely focused on responses to individuals rather than larger systemic change.

There is also some confusion about harm reduction as a principle. The current Minister of Health has stated that the harm reduction policies presented within a report from the opposition government “tell[s] kids its OK [sic] to do meth and other illicit drugs”[ii] demonstrating a fundamental misunderstanding of both the concept of harm reduction as well as the empirical data. Harm reduction policies are supported by local, national, and international evidence, and are practical, feasible, safe and cost-effective.[iii]

What is harm reduction?

Harm reduction aims to reduce the health, social and economic harms associated with drug use, without requiring people to stop using drugs. Harm reduction focuses on providing client-centred, non-judgmental services, which reduce the risks and harms associated with drug use. It is informed by the principles of pragmatism, dignity, human rights and public health.[iv] Harm reduction challenges policies and practices, which cause harm for people using drugs (both problematically and unproblematically).

How do the party platforms stack up from a harm reduction perspective?

If elected to a second term the Progressive Conservatives (PCs) have promised a three-step plan that focuses on treatment, increased policing, and education. The major components of the plan include: building an “acute medical sobering facility” (i.e. detox facility), which would treat 20 to 30 patients at a time for a duration of 1-4 days. They are also pledging to expand the availability of withdrawal services in Winnipeg; supportive recovery housing units and street outreach programs; and adding a Rapid Access to Addictions Medicine (RAAM) treatment facility in the Southern Health region. But one of the biggest areas of spending will go towards policing. Eight out of the twenty million earmarked towards the meth ‘crisis’ will go towards all police agencies over the next four years. They are also promising to update the current school curriculum to educate children about the risks of substance abuse starting in Grade three.[v]

On the face, there seems to be little about the PCs plan informed by a harm reduction perspective. Heavy investment in policing demonstrates a concerning shift towards a ‘War on Drugs’-style approach. Empirical evidence has shown increased policing to have little impact on overall illicit drug use yet minority and poor peoples are more likely to experience harms, especially criminalization, under a ‘war on drugs’ model.[vi] The effectiveness of education and awareness campaigns remains contentious.[vii]

The NDP has promised to back Main Street Project’s plan to expand ten more detox beds, treatment of up to a year, and transitional housing services to include people with problematic meth use and create a safe consumption site.[viii] They have also put forward a strategy to tackle poverty, acknowledging the association between trauma, poverty and problematic drug use. The Liberals have pledged education campaigns, funding for anti-gang prevention; the creation of a drug stabilization unit; transitional housing with mental health supports; extending recovery times in public treatment facilities; and the opening of a virtual addictions co-ordination centre.[ix] They have also pledged to increase funding to police to disrupt the flow of illicit drugs.[x] The Green Party is promising more treatment beds; a safe consumption site and other harm reduction services; additional addictions counsellors; initiatives to reduce stigma relating to substance use; and education campaigns.[xi]

There appears to be a strong focus by all parties on treatment, with few questioning how effective treatment is-particularly the dominant abstinent-based model of treatment. Abstinence models of treatment have been associated with increased harms for some clients, especially relating to centres that employ a zero-tolerance policy (kicking clients out for relapsing), which can put people at higher risk of overdose. A study of the treatment system in in the UK showed that people with opioid addiction who underwent treatment without maintenance medication had twice the death rate of those who stayed on meds.[xii] In a previous plan released earlier this year the NDP did put forward the suggestion to end abstinence-based education, which the PCs rejected.[xiii]

While critically important, harm reduction is not just about direct client services (such as supplies). Harm reduction also considers the social and structural factors that create the conditions for harm.[xiv] It’s time we start thinking and applying ‘big picture’ harm reduction in Manitoba.

At the public forum on healthcare, all parties in attendance (NDP, Liberal and Green) connected problematic drug use to broader issues such as poverty, income inequality and housing however out of the three, only the NDP have released a comprehensive plan (prior to the election) to address addiction as a poverty issue. The PCs did not attend the healthcare forum and so did not speak to the issue however during their time in office commissioned a comprehensive response plan, colloquially referred to as the Virgo Report, which was aimed at improving the mental health system as well as improving services for addictions. The report advocates for both a harm reduction centred approach as well as addressing the broader social-determinants of health.[xv] While the PCs have implemented some recommendations from the report they also have promised significant investment to policing which from a harm reduction perspective can actually increase harm for people using drugs. Also concerning from a harm reduction perspective are comments made by the Justice Minister that seem to conflate harm reduction with encouraging drug use.[xvi]

The resistance to safe injection sites by both the Liberals and the PCs seems to be coming from misunderstanding. Evidence shows that safe injection sites reduce incidence of overdose and infections.[xvii] Additionally, research has shown a thirty percent increase in the use of detox services and an increase in people getting addiction treatment.[xviii] In a poll commissioned by the Winnipeg Free Press, two thirds of Winnipeggers were ‘generally in favour of a safe injection site’.[xix]

Addressing the ‘addictions crisis’ means applying harm reduction principles across all government policy. It means significant investment in the social determinants of health such as housing, health care, education and child-welfare. It is also time that we start getting practical about the idea of ‘safe supply’. There are far too many people dying due to tainted drugs and people who use problematically and recreational alike are at risk of overdose.

Due to historical and current polices, some Indigenous communities are at higher risk of harmful drug use than non-Indigenous communities. First Nations people are five times more likely to experience an overdose and three times more likely to die from an overdose than non-First Nations people.[xx] For harm reduction to be meaningfully applied, we must heed the call of Indigenous harm reduction advocates for the decolonization of the systems that shape and constrain the lives of Indigenous communities and support the Indigenization of policies, programs and practices that are grounded in local Indigenous knowledges, traditions, teachings, ceremonies, land and languages where appropriate.[xxi]

Practical, non-judgemental, and big picture thinking is needed to create a safe environment for all people who use drugs. Unfortunately, there remain many inconsistencies and contradictions in the application of harm reduction principles to policy, which in turn interferes with the usefulness of existing efforts and future promises.

Ellen Smirl is a community researcher at the Canadian Centre for Policy Alternatives Manitoba. She is coordinating this year’s State of the Inner City Report, which is on harm reduction and mental health in Winnipeg’s Inner City.

[i] The office is not directive to the Ministry of Health, Seniors and Active Living

In this case the Minister was speaking to the recommendation by the NDP to eliminate abstinence-based education.

[xv] Virgo Planning. 2018. “Improving access and coordination of mental health and addiction services: A provincial strategy for all Manitobans. Available at https://bit.ly/2GCTZ97

← UNSPUN 2019: Taxes and Deficit in Manitoba
UNSPUN 2019: Access to Post-Secondary Education at Risk this Manitoba Election →