UNSPUN 2019: Access to Post-Secondary Education at Risk this Manitoba Election 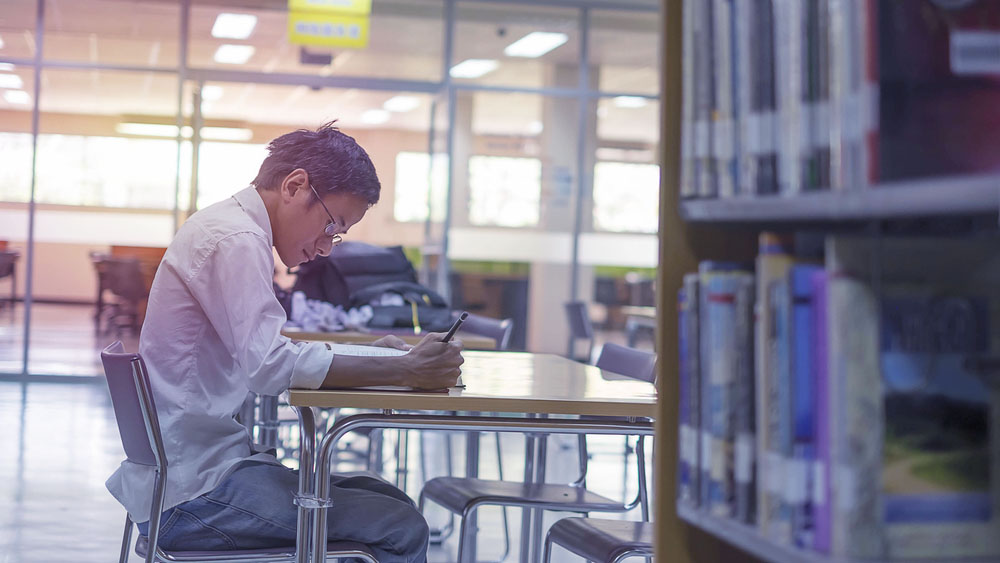 In 2019 students attending post-secondary in Manitoba will pay more in tuition then any year before. Over the past few years since the 2016 Provincial election, students have seen consistent cuts and defunding to vital programs and services attributed to the choices made by this provincial government. Investing in post-secondary education should be a priority for Manitoba.

However, in 2017 the provincial government made several announcements regarding their plans for students in post–secondary. This included cutting the tuition tax rebate program that returned 60 percent of their tuition paid over their time in school, if they chose to stay in Manitoba to work. This program returned $54 million annually to roughly forty-eight thousand claimants.

The Manitoba government’s flagship program is the Manitoba Scholarship and Bursary Initiative (MSBI). The MSBI is limited financial aid, non-repayable grants, scholarships and bursaries, to help some students offset the cost of tuition. Only 21 percent of Manitoba PSE students access MSBI, and many not based on economic need.

While this government was destabilizing the financial futures of students in Manitoba, they also began to process of cutting the operating grant to Manitoba Universities. In previous years an increase of 2.5 percent, but in 2017 this dropped to a mere 0.3 percent, which hung well below the inflationary rate of that year.

These decisions were met with opposition from students all across Manitoba, but their voices were ignored. Announcement after announcement, students here began to see a pattern: a cycle of defunding and cutting opportunities for students to study in Manitoba.

Most recently in the Spring of 2018, funding to international student primary health coverage was slashed, leaving thousands of students who were promised the healthcare in their recruitment abandoned. For one year, schools like the University of Winnipeg and the University of Manitoba covered these costs, but starting this year international students will be left to themselves to pay for something that domestic students are allotted the right to.

In the past three years Manitobans have seen have been cut to vital services, and austerity measures that leave the most marginalized Manitobans in precarity.

Instead of focusing on welcoming new students to post-secondary education and understanding the changing demographic that requires the appropriate services to enhance the educational experience, the Manitoba government has ignored equity driven resource implementation. The lack of support for students on campus will ultimately conclude with poor mental health services, advocacy, and safety for students who are most at risk. These decisions are a direct attack on women, 2SLGBTQ+ students, racialized students, Indigenous students, student parents, people studying with disability, International students, staff members of our schools, and the families of those listed here as well.

This provincial election the Manitoba Liberals and NDP both announced they would increase tuition only to the rate of inflation. The Liberals promised $12 million per year to restore funding to post-secondary institutions and the NDP $6 million to offset capping tuition set to inflation.

The Liberals promised to add $5 million to student aid. The NDP promised to restore $1 million funding cuts to ACCESS program bursaries, a program that was cut by the Manitoba government. ACCESS programs help students with financial barriers attend post-secondary programs, get off of social assistance and give back as professionals and tax-payers.

The Manitoba Greens would refund students in need by 50 percent and introduce a repayment plan for student loans based on ability to pay.

None of the Manitoba parties go far enough when it comes to genuine access for post-secondary education, which is a key driver of economic growth, productivity and innovation.

The policies of the current government under the Progressive Conservatives are set towards deregulation of a public funded post-secondary institution. In this election and thereafter, we hope that elected officials pay mind to the ideas and thoughts of students across this province and act as the public officials that we need.

Brenden Gali is the Chair of the Canadian Federation of Students – Manitoba.